Worshipping Jesus in a Brothel

Confluence, Going to the nations, Ministry to the poor April 8, 2019

Are there days in your life when you look around and wonder, “How did I get here?” Sitting in a brothel in Mumbai, India on January 22, worshipping Jesus with a room full of prostitutes led me [Carla Rogers] to exactly that question.

But let me back up.

On the first Sunday in December 2018, New Frontiers Church (Portsmouth) hosted “Freedom Sunday.”  Speakers shared about the great injustice of human trafficking in the world and the Dressember movement.  I spoke specifically to the issue of sex trafficking of women from Nepal to India and told the story of a Nepali couple named James and Sylve, who have been ministering to sex trafficked women in Mumbai since 2001.

Their calling to this work started before they were believers in Jesus, when Sylve’s younger sister, Maya, disappeared from her village at age 15 and was sold to a trafficker in Mumbai.  Maya’s family had no idea what had happened to her until she returned to the village 9 years later, almost unrecognizable from multiple beatings to the face, partially paralyzed, and dying of AIDS. Her pimp had no further need for her, gave her some money, and said, “Go home.”

How was she greeted in her village? Not the way you might expect.  She was rejected by her father and brother and shunned by others for being “unclean.”  In spite of protests from their family and friends, Sylve and her mother cared for Maya until she died three months later.  Maya was 24 years old. Her story could be the story of any of the 10,000 girls who are trafficked from Nepal into the booming sex trade of India every year.

A few years later, Sylve came to know Jesus and began having a recurring dream of a woman with tears running down her face, and then a train going from Nepal to India.  She felt the Lord saying, “I have other women like Maya for you to help.”  She and James were sent out from their church in Kathmandu and moved to Mumbai to answer this call from the Lord.

They have spent the past 18 years ministering in red light districts and slum areas in Navi Mumbai. They have rescued over 100 women from sex traffickers and 95 children from brothels.  They adopted one of these children, and he is now 17 years old and preparing to go to university. They have also started fellowship groups in several slums. 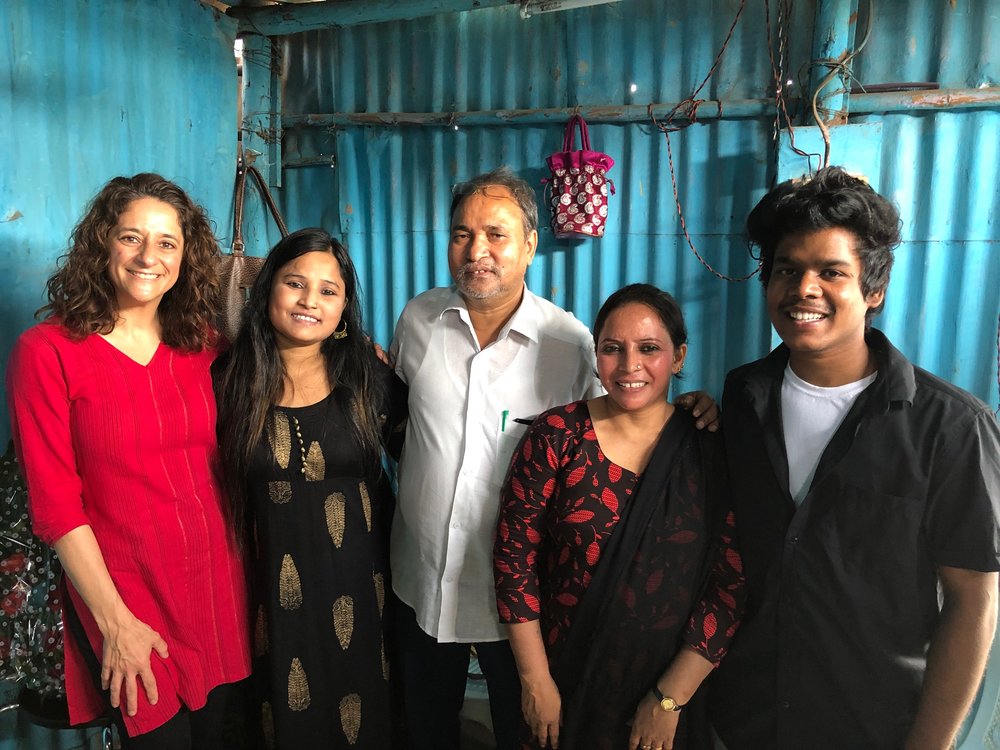 Carla with James, Sylve, and two of their kids, Sweety and Johnny (whom they adopted from a brothel)

Freedom Sunday at NFC was the first of four weeks of collecting money to support James and Sylve’s ministry. To keep this before us all month, a mannequin wearing a low cut, white dress was placed on the stage.  Down the front of the dress were streaks of wax, which represented the tears of the victims of sex trafficking. Church members were encouraged to pin their offerings to the dress. By the end of the month, NFC had given over $12,000 toward this need, and I was the person who had the honor of delivering part of this gift to James and Sylve. 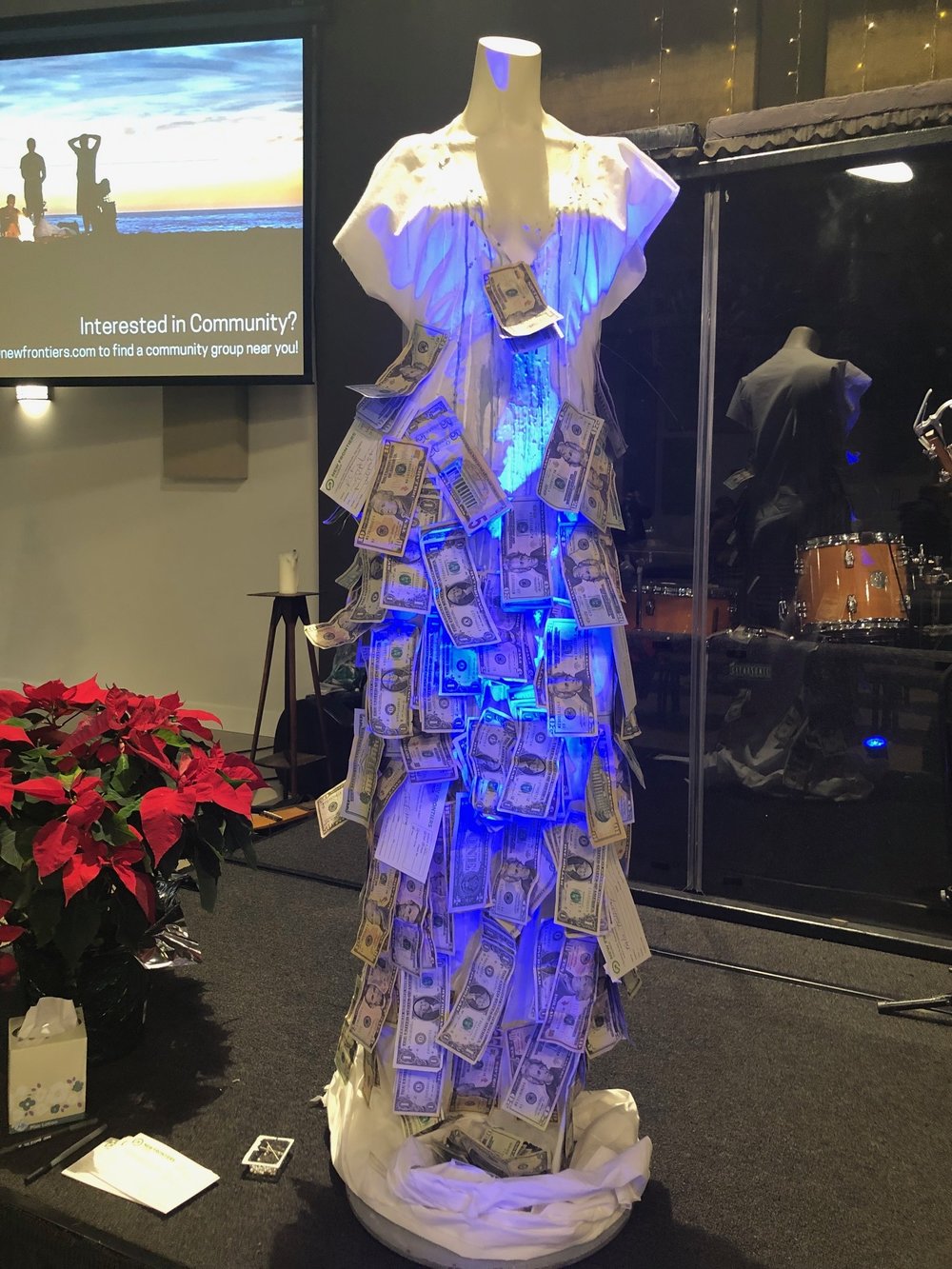 The dress placed on stage at New Frontiers Church to collect funds for James and Sylve.

I spent three days in Mumbai with them. I visited a slum church behind a railroad station, a red light district down a narrow alley, and worshiped Jesus in a brothel. In this brothel, I was served a tiny cup of tea in a small, sparse room with two beds, very aware of what would be happening in those beds later. There was writing on the small paper cup which said “Save Girls. Educate Girls.” 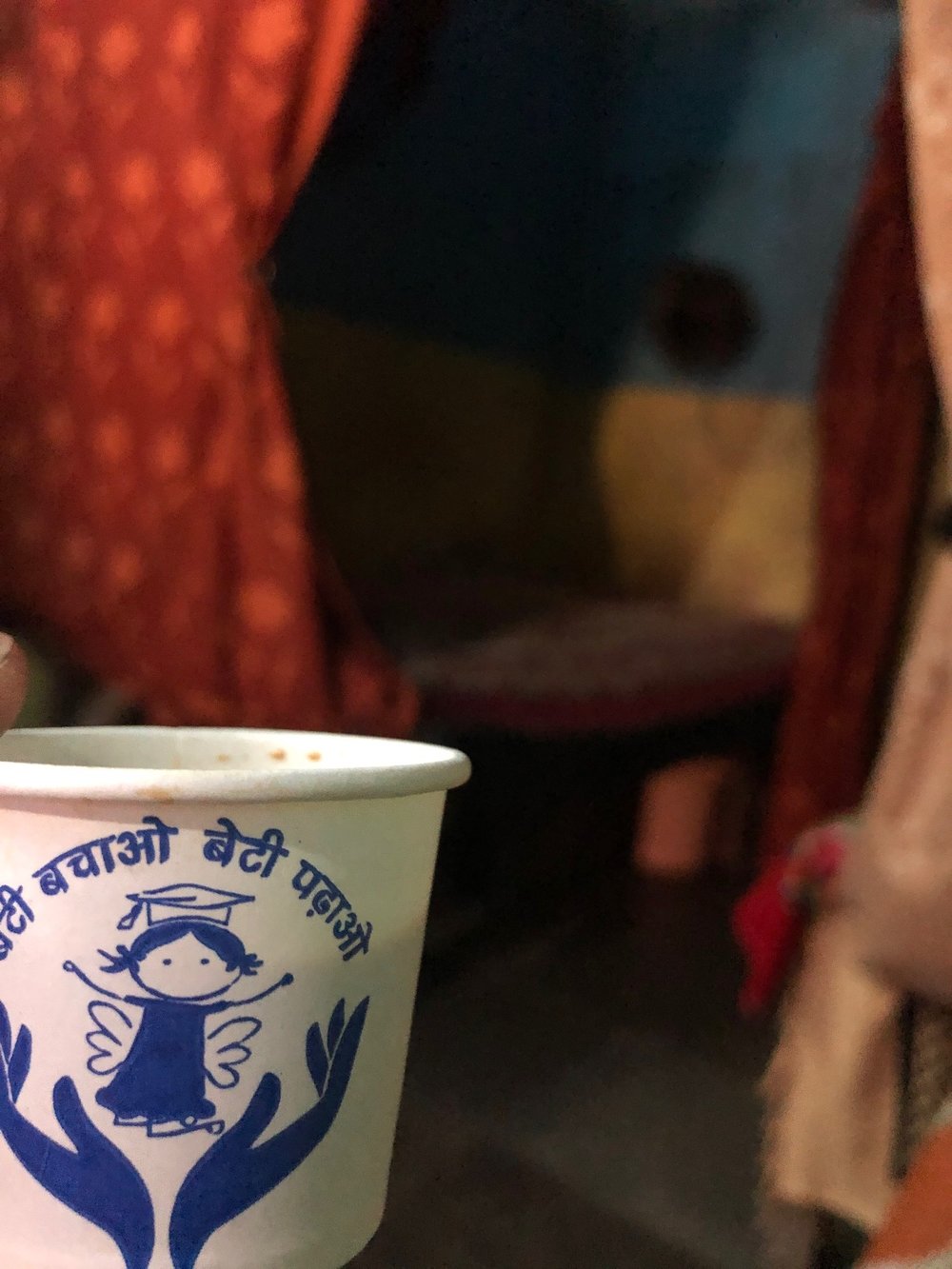 One by one, the women started entering the room, sitting in a tight group on the floor, chatting quietly to one another and glancing sideways at me, perched high on a plastic chair. I wanted to sit on the floor with them, but I stayed put as an honored guest in a more comfortable chair.  As the room filled, I began asking myself the question, “How did I get here?” So far from home. From a world and a life so different from these women.

As I laid hands on them and prayed, I realized that if you stripped away the exterior things, we were very much the same deep in our hearts. We were mothers. We shared the same burdens for our kids and had the same hopes and dreams for them. We were women who needed to understand that our value lies in who Jesus says we are and not who the world tells us we are. We loved Jesus and wanted to feel his touch and healing in our lives. We were joined together to give glory to the one who is the source of all hope and our only hope for whatever situations life presents. We were joined by our humanity. 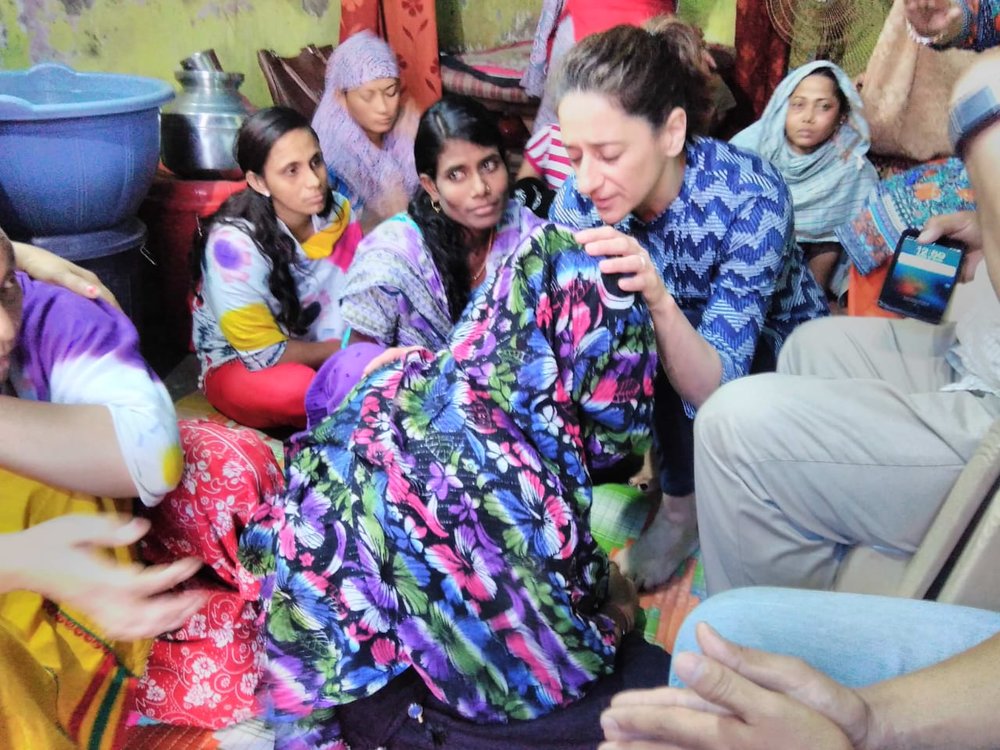 Some might wonder, why do these women stay in this life? I certainly was wondering that.  Fear? Manipulation? Being controlled? No one was running down the alley trying to escape. No one was begging us to take them out of there.

Their traffickers own them and have convinced them that this is all they are worth.  From a practical standpoint, they have a place to live, they are able to support themselves and pay for their kids’ education, and for most of them, this is the only family they have in the country. They are a community of victims, survivors, mothers, friends, and lovers of Jesus. How do these things co-exist? I don’t know. But I know that I was privileged to be granted access into their world for just a short time and thankful for the chance to represent our church and see the fruit of James and Sylve’s labors as they wipe the tears of these women and point them to Jesus.