One big marquee, one hundred and thirty two volunteers during the week, many more people involved with the set up, fifteen churches from the city represented and much excitement in the lead up …. all working towards Church In The Park 2019.

This is the second time that Church in the Park has popped up in the middle of a Southampton Park. It is organised and run by members of Southampton Christian Network (SCN). This event started out as a Life Church event called Parklife and has gradually grown and included many churches across Southampton, increasing the opportunities to pray for the sick, share about the difference Jesus makes to life, and seeing God at work.

Having been asked to record my experience of the event I [Vicky Tiffen] was filled with much uncertainty. I am not the most out-going person, even with people I have met many times, let alone complete strangers! I would definitely not call myself an evangelist, in fact I don’t have enough fingers and toes to count the number of people I know that instantly come to mind who I feel were better suited to sharing the good news of Jesus. I work for the church, yes, but always think my skills lie elsewhere. I’m far more confident filing, sending emails, and chasing missed bin collections than I am speaking to someone about my faith. However … we are called to be ambassadors of Christ, as though God were making his appeal through us. In Mark, Jesus instructed the eleven disciples to “Go into all the world and preach the gospel to all creation. Whoever believes and is baptised will be saved, but whoever does not believe will be condemned. 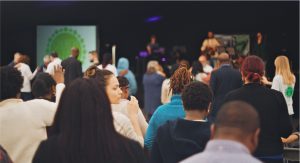 And these signs will accompany those who believe: In my name they will drive out demons; they will speak in new tongues; they will pick up snakes with their hands; and when they drink deadly poison, it will not hurt them at all; they will place their hands on sick people, and they will get well.” Now I’m not saying that I expected to pick up snakes with my bare hands, nor be exposed to poisons, but to me, the biggest battle was knowing what to say to each person I met. Anticipating having to talk to complete strangers actually made me feel sick!

It was with that knot in my stomach that I arrived at the marquee to set up the tea and coffee supplies ready for the initial prayer meeting. Whilst doing so, probably in the first thirty minutes of being in the marquee in fact, I was told that a lady from one of the other churches involved had started chatting to a guy outside in the park. She stayed with him for some time and it resulted in the man repenting and giving his life to Christ. Boosted by that story, I saw a couple of ladies pop their heads round the entrance to the marquee. They were asking what the event was and if it was something they might want to come along to? I let them know that there were three services a day, one aimed especially at children. 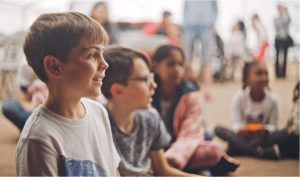 Fast forward to the prayer meeting that evening. All the churches involved were invited, and I could see face after face coming in mainly in ones and twos. Some faces were filled with excitement and anticipation, but most were already looking tired. Yet still here they were, turning up to pray for the week ahead. Learning from Colossians 4 verses 2 – 6 we prayed for doors to be opened in many areas, conversations with people, more people turning up to serve at the event, and people open to invitations. At this point I was excited and tired in equal measures. I had no desire to join the scatter team. I would definitely say I was scared! I got the picture of the ‘Marauders Map’ from Harry Potter which allows you to see individual people moving around so you know exactly where they are at any given moment. God reminded me that this wasn’t so that I could avoid these people, simply more that they were there. He reminded me that we don’t need to know who God will put in our paths, but God knows, and that’s all we need.

That night, the night before it all began, I was exhausted, I got very little sleep and was only focusing on what could go wrong. Listening to ‘Just be held’ by Casting Crowns I realised that I needed to give it all to God and the practical stuff will happen on its own. Walking into town the next morning it started raining, forcing me to zip up my coat. This was hard for me to do as I just wanted everyone who passed me to see the logo, surprisingly even being willing to be stopped by some people to find out what the event was, and where it was happening. Having my coat on meant that no-one did.

Each day at CITP starts with prayer, and on the first day, Chris (Kilby – SCN Steering Team) commented how funny it was that he always knew when a big event was happening, where God would make his presence known, because the night before his phone would ping overnight with messages, pictures and words God had put on people’s hearts. This also continued throughout the event, so I doubt he had much rest that whole week! Throughout the prayer meeting Revelation 1 “Do not be afraid” was repeated so many times, hopefully filling more than just ‘little me’ with confidence until it was overflowing!

Day one (Wednesday) started slowly, the weather probably not helping. We had a higher ratio of volunteers in official CITP t-shirts than we did visitors, but this enabled us time to have meaningful conversations with the guests, and still send a small team out ‘scattering’, inviting people from the city into the marquee to hear from some our speakers. The family friendly session started to build momentum, with many parents coming in for a rest and a hot drink whilst their children took part in fun activities run by SCM and had their faces painted by two incredibly talented artists. 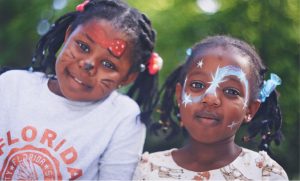 The first day finished with Martha Collison, from Bake Off, speaking about her experience of the competition and how her faith helped her get all the way through to the quarter finals, despite being the youngest contestant on the show, by far!

Day two came and went in a blur, the queue for the face paints was even longer. Rod Williams shared a little of his ‘colourful’ life, getting into drugs at 17 and then spiralling further into a life crime, gangs and even prison! It wasn’t all doom and gloom though … Rod went on to share how, whilst in prison, he had a supernatural encounter with God which turned his life around, and he now spends his time reaching out to others with a message of hope and healing.

Friday was full of messages from three different speakers, all from local churches. It finished with Nick Berryman who used to be an engineer full of scepticism about God. He shared his journey from atheism to truly believing in God.

Saturday came and Adrian Holloway, once a TV and radio presenter, spoke at all the meetings. He now speaks to thousands of people across the country, including at Newday (a large Christian event for young people) where hundreds of teenagers have come to faith and many accounts of healing have been reported. The sun was blazing this day, which brought so many families to the marquee in the afternoon. Around 50 children had their faces painted by five artists (yes, we had to call in reinforcements!), many more joined the sports sessions outside, more refreshment supplies were brought in, and lots of ice lollies were consumed!

You may have noticed that I have stopped writing about each individual conversation I had, and story that I heard. This is simply because they were so many. I didn’t get a chance to catch my breath between meeting each new person, let alone write down any details! With being so busy it wasn’t until Saturday evening when I got home that I realised I hadn’t had to think about what to say to any one of the people I had met throughout the week. Yes, I felt tired. Yes, I don’t remember all their names. But yes, God gave me the words to say. He provided me with the words, that were exactly what he wanted me to say. I didn’t have to do it in my own steam, I didn’t have to pause and think. I just opened my mouth and God did the rest. 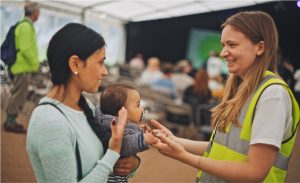 True to his word, God opened those doors and he provided me with skills I needed to go through them! One thing that stood out to me from the whole week was the number of times that people asked how much each activity was, or how often people offered to pay for drinks or face painting. They simply could not believe that the whole event was free, and that all the servers were there for free, some even taking time off work to serve Southampton.

Across the week we had twelve meetings in the marquee, one hundred and ninety faces were painted, five hundred hot dogs cooked and served from the BBQ, and over a thousand cups of tea and coffee were served. Those things were all great but God was working in even bigger ways during the week … fifty people made a commitment to follow Jesus, there were eight recorded healings (including my husband who had been suffering from a bad back due to having to haul heavy equipment and bend often to plug cables in!). The week culminated in three baptisms on the Sunday afternoon plus two more in other churches in the city. God was doing such work through everyone involved in the week, that three more people wanted to get baptised too.

Having slightly recovered from the event I look back with happiness, reading the stats above, and recalling numerous times where God gave the right person the right words to say and the confidence to say it. I encourage us all to use the momentum that Church In The Park has built to invite the people we meet to church on Sundays, to become part of our life groups, and to give us courage to do ‘life’ the way Jesus instructs us to. I may not be wearing my CITP t-shirt anymore but I still have something important to share, and God will continue to give me the words to say.