Being a Good Local

Several years ago, I [Brice Fogle] heard Donnie Griggs speak at our Mobilize conference. Donnie leads One Harbor Church in Morehead City, North Carolina. Morehead City is a small, coastal town of about 9,000 people, and Donnie spoke about what it takes to have a fruitful ministry and a growing church in a small town. One of the things he talked about was the importance of being a “good local.” This statement struck me as something that could also apply to my context here in Atlanta.

The Atlanta area is home to almost 6 million people, and when I thought about the prospect of trying to reach the city of Atlanta for Jesus, the task seemed overwhelming! However, our city (like every major city), can be broken down into bite-sized pieces. The Metro Atlanta Area includes 30 counties and 89 cities. Jubilee Church is located in Woodstock, GA, which has a population of about 30,000 people. The idea of reaching 30,000 seemed much more achievable than 6 million, and this is where I thought the advice from Donnie could be applied.

As a result of these efforts, I connected with a vibrant networking group called the Young Professionals of Woodstock (YPOW). This group focuses on community involvement and building relationships, rather than the exchange of business cards and elevator speeches. I have been blessed to be a part of YPOW for over a year now, and the impact on my personal life and our church has been well worth the time. 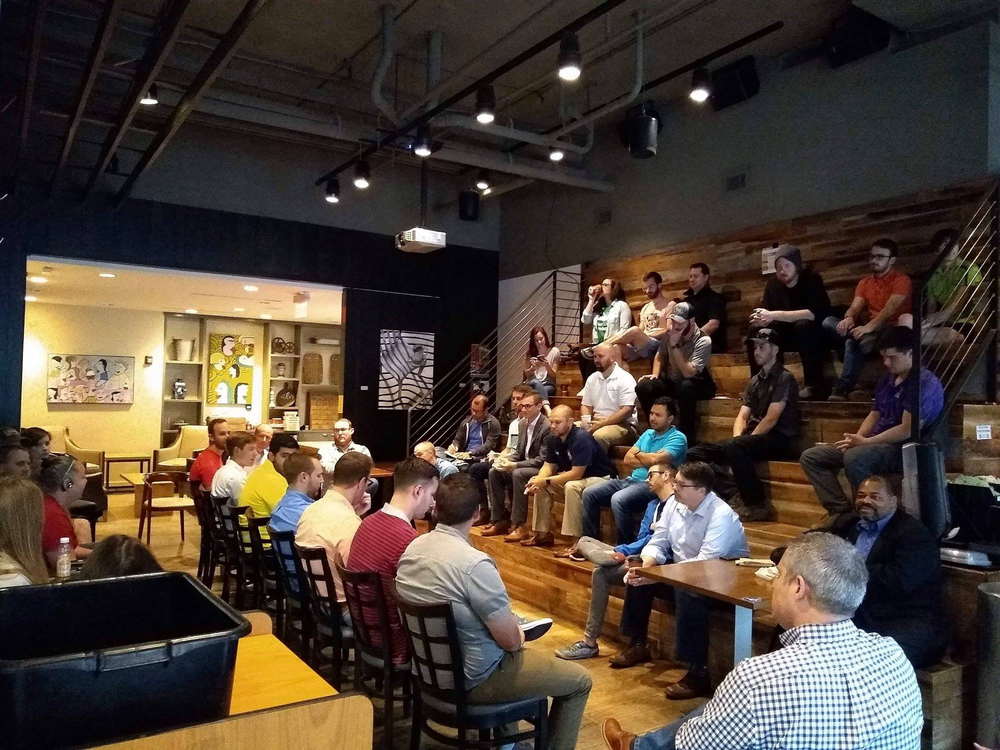 A meeting of the Young Professionals of Woodstock

Several things have happened as a result of this effort. It has inspired other people in our church to do the same thing, becoming good locals and getting more involved in their communities. Through Revive Consignment, which is the consignment store our church owns, we have been able to partner with local businesses and nonprofits to help grow the local economy and serve the city. We’ve gotten involved with local charitable events and efforts to better serve the people of Woodstock. Jubilee Church has become more visible in the community and our reputation is growing as a church that loves our city.

The biggest benefit has been the inspiration and encouragement we’ve received from YPOW members and city leaders to start a new business out of our church building. We currently have 5,000 square feet of unfinished space that we’re planning to convert into a co-working space with 20 private offices, conference rooms, meeting space, and room for up to 100 co-workers. This project has the potential to be a tremendous blessing to the city of Woodstock and provide another source of revenue for the church.

I believe God has called us to love our cities. Jeremiah 29:4–5, 7 says, “Thus says the Lord of hosts, the God of Israel, to all the exiles whom I have sent into exile from Jerusalem to Babylon: Build houses and live in them; plant gardens and eat their produce. . . . Seek the welfare of the city where I have sent you into exile, and pray to the Lord on its behalf, for in its welfare you will find your welfare.”

One of the ways we can bless our cities is by being good locals. It has taken time, effort, energy, and money to follow through with what I felt like God was speaking to me at Mobilize several years ago. However, I can definitely see now, more than ever, that taking time to invest in the welfare of our cities is central to the advancement of God’s kingdom and mutually beneficial for the city and the church.